Calling All Failures: Failing is a Big Part of Social Entrepreneurship. F*ckUp Nights Wants You to Talk About It

Editor’s Note: This article was voted by readers as one of NextBillion’s Most Influential Articles of 2015.

The fundamental and rarely mentioned truth about entrepreneurship is that when a business is born, it is more likely to fail than it is to succeed. According to some estimates, an average of 75 percent of new companies shut down – often during their first two years of life. But though failure is a hallmark of the entrepreneur experience, it’s not a popular topic of conversation – particularly among the failed businesspeople themselves. That’s understandable, but it’s also counterproductive, since it robs other entrepreneurs of the opportunity to learn from these failures in a systematic way – and perhaps to avoid failures of their own.

FuckUp Nights, which I co-founded and direct, is a global movement that aims to break the stigma around business failure. It was born as a hobby in Mexico City in September of 2012, when I was having some drinks with four friends. As conversation progressed (propelled by a few rounds of mezcal), each of us divulged that we’d tried and failed to start a business – a fact that none of us had ever told the others. Over the course of the evening, we each shared the stories of our failures, and after three hours, we concluded that it had been one of the most meaningful business conversations we’d ever had. 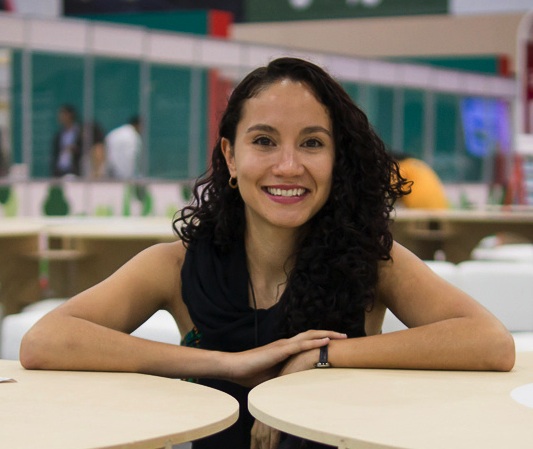 We decided to replicate that experience with more friends, and two weeks later the first FuckUp Night took place: each of us invited five friends, and three of them publicly shared their worst business failure. The events quickly grew in popularity, and soon hundreds of people were attending each event to hear entrepreneurs share their failures. We settled on a standard format, choosing three or four entrepreneurs each meeting, each of whom was given seven minutes, and was able to use 10 images to explain to the group what went wrong. After each talk, there was a question/answer session and some time for networking. As enthusiasm grew, we decided to publicize and disseminate this approach, encouraging entrepreneurs to start up FuckUp Nights in their local communities. Since then, the response has been overwhelming – the movement has now reached more than 80 cities in over 30 countries.

Regardless of their country or culture, participants often report experiences similar to what my friends and I felt after our first failure conversation. Rather than causing shame or embarrassment, the simple act of sharing their business failure stories actually increases empathy among entrepreneurs, strengthening their business communities. It also creates an informal educational method that allows people without formal studies to learn more about business and increase their likelihood of professional success. Thanks to benefits like these, a global community is now emerging around the concept of sharing business failures publicly.

As the movement expands to more cities, it’s generating a wealth of anecdotal accounts of business failures, and we’re trying to put that information to good use. A year ago, we launched the Failure Institute, a collaboration with several universities around the world that conducts rigorous academic research on the most common reasons why businesses fail in Mexico. We published these findings in The Failure Book, along with a collection of the best failure stories told at Fuckup Nights. The book sold out its initial print run of 1,000 copies within a month, and more than 3,000 people downloaded the digital version during the first two weeks it was online.

But in spite of this interest, it remains difficult for many people to talk about failure in an open and honest way, and there still isn’t very much information on the topic. The silence – and missed opportunities – around business failure are especially troubling when they involve social enterprises. When a tech startup fails, it’s inevitably a harsh time for the founder, the employees, the investors and the customers. But when a social enterprise shuts down, its failure also affects those populations or ecosystems that the business was supposed to serve, increasing both the stakeholders’ sense of responsibility and the real-world consequences of their failure. Though that’s likely why so many social entrepreneurs are reluctant to talk about their business failures, it’s also the reason they should share them more openly. With the unique business challenges being tackled by social enterprises, success is even less likely. And the perspectives of entrepreneurs who’ve tried and failed to navigate these obstacles could provide an invaluable guide for the businesses that take their place.

That’s why we’re collaborating with NextBillion to launch a series focused on the failure of social enterprises. In blog posts published in the coming weeks and months, we’ll present stories written by the founders of social enterprises that crashed and burned. What did they want to do and why? What went wrong? What can other entrepreneurs in this space learn from it? In the true spirit of FuckUp Nights, later this week I’ll kick off the series with a story of my own failed social enterprise. I hope that it, and the stories that follow, will help you understand the causes of failure and learn from them – and ideally avoid following in our footsteps.

And I’d like to invite you to join the 100-plus awesome FuckUp Nights organizers all around the world, and the entrepreneurs that come to share their stories. If you want to bring FuckUp Nights to your city, or you have a story to tell, please contact us at hola@fuckupnights.com and we’ll help you take the next steps. And if you’d like to contribute the story of your failed social enterprise to this NextBillion series, please email it to me, leticia@fuckupnights.com and/or to NextBillion Financial Innovation Editor James Militzer at jamesmil@umich.edu.

Leticia Gasca is co-founder and director of the Failure Institute and FuckUp Nights.

*Note: NextBillion generally does not publish language we deem profane or offensive. In this case, the formal name of the organization involved is a curse word. For that reason we decided to publish the name of the organization in the article and in future articles without any alteration. But we chose to alter the name in the headline and in future headlines because headlines do not have the benefit of an explanation.