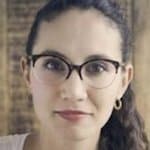 Leticia Gasca is executive director at the Failure Institute and co-founder of Fuckup Nights, a global movement that aims to accelerate the learning process related to business failure. In 2015, she was chosen by The Economist as one of the “Voices from 2040” and was named a Woman Entrepreneur of the Year by World Innovation Expo. In 2014, she was recognized for leading one of the 30 most innovative projects in the world. She wrote the book “Surviving Failure” and is a columnist at Forbes. She previously was editor of the magazine CNN Expansion and the Mexican newspaper The Economist. She organised the first Latin American Impact Investment Forum in Mérida, and represented Mexico at the UN during the 62nd Session of the General Assembly.