Can Tech Humanize Microfinance? An Unexpected Benefit of Going Digital

Until recently, CEP (a microfinance institution in Vietnam) operated similarly to most MFIs: Cash transactions and paper records reigned. Mountains of paper accumulated in CEP’s storage rooms despite efforts to digitize some of it. Accessing data involved hours of rummaging through papers, and much of the information was not fully used. 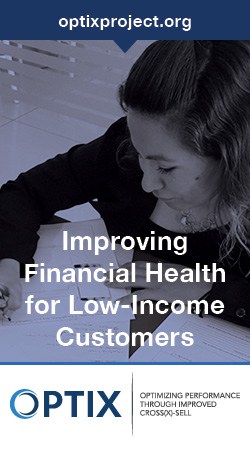 In 2015, CEP joined the OPTIX project and worked with BFA to understand how to optimize its internal processes. CEP noted that one of the lengthiest processes was the loan origination survey, which collects client information, including a “poverty assessment,” used in the loan approval decision. As this data resided only on paper, CEP’s officers had to collect the information at every loan cycle, even when the client’s situation had not changed since their last interaction with the institution. Loan officers reported that they conducted an average of 25 poverty assessments per week, and each one took 20-30 minutes.

Another significant and time-consuming part of a loan officer’s job was collecting loan repayments. During the course of a week, CEP officers collect money from 10 to 15 center leaders (which are former or current CEP clients in charge of collecting money from clients in their neighborhood, in exchange for a small remuneration). Each center leader brings loan repayments from dozens of individual borrowers. Loan officers recorded these transactions in notebooks, and once back in the office, manually transcribed the information into computers.

Digitizing the loan origination survey and the loan repayment data collection processes had clear potential to save precious time for the institution, free up its often overworked staff, and potentially decrease the high staff turnover, as well as increase customer satisfaction. With digital records, CEP would also be able to track clients over time, better understand demographic and income dynamics, and eventually, partially automatize the loan approval process.

While CEP suspected clients would appreciate the reduction in repetitive questions, what they didn’t anticipate was the extent to which digitization would also humanize the interactions between customers and loan officers, further strengthening CEP’s connection with its customers.

In April 2016 CEP started the digitization process with an app for implementing loan origination surveys and collecting repayment data. The app replicates the paper survey for loan origination but many basic fields, such as name, address and gender, are pre-filled for existing customers. The loan repayment function of the app automatically divides a single repayment into principal, interest and savings, and uploads information to the MFI’s database, thus avoiding the need for loan officers to transcribe from paper records. Additionally, the app records the number and type of bills received, thus improving reconciliation, and highlights clients whose payments are due or overdue.

Working with a third-party developer over a period of six months, CEP developed a beta version of the app. It conducted a two-month pilot to identify problems related to user experience and functionality. After making adaptations, CEP introduced the app in batches of six branches at a time, to mitigate the risk of accidental shutdowns or slowed operations across the entire institution.

Efficiency gains. An initial survey of loan officers using the app confirmed that it saves between 5 and 10 minutes per poverty assessment. It also provides a significant reduction in general repayment collections’ time, primarily as a result of obviating the need for transcription, which saves several hours per month for loan officers. In all, CEP estimates that, with the app, a loan officer can now serve 741 clients, up from 710 clients.

Thanks to these efficiency gains, loan officers are able to allocate more time to advising clients and selling other useful products, such as CEP’s voluntary savings account, or its new term deposit account. This particular outcome of the app aligns squarely with the core OPTIX objective of supporting the cross-selling of savings products.

More useful data. These immediate gains will be compounded over time. In addition, the data collected by the app will allow CEP to better understand the dynamics of its clients’ demographics and income levels, and to partially automate the loan approval processes.

Staff satisfaction. Although loan officers report that it took them between two and four weeks to master using the app, they are now enthusiastic users. The app cut down on frustration about the burdensome and redundant transcription, and it reduced overtime hours for loan officers. Loan officers also point to the convenience of not carrying papers around, the security of knowing that data is stored on a server, and the ease of finding past information. CEP anticipates that as the jobs become more customer-focused than administrative, the high staff turnover will be driven down.

Human touch, enhanced by technology. Loan officers report that the app allows them to connect on a more personal level with the clients they serve, since they have to write less and can “look people in the eye more.” Another small but appreciated benefit: not having to shuffle papers and write in pen when visiting clients, such as pho street vendors, who would have a hard time finding a chair for the loan officer. One officer also noted, “[Loan officers] are able to encourage clients to be more honest in providing information and can build trust, since clients understand that their information will be saved on the server and used in the next loan cycle.”

Clients also appreciate that CEP loan officers seem more professional and modern with the tablet. The brand image has improved and one client noted: “Now CEP seems more like a bank with such a professional look. [I am] glad to see that the institution is growing.”

Through this process, CEP found that increased use of technology and human interaction need not be at odds with each other. The right technology can free up time and enhance human connection. This realization has been a turning point for CEP’s outlook on integrating technology into its operations. Building on the success of this app, CEP is currently testing a financial advisory app (similar to Sajida Foundation’s) that will allow loan officers to work with clients to create savings goals and calculate ideal weekly/monthly installments based on their financial objectives. Through OPTIX, CEP will continue to explore ways to improve efficiency via technology applications, while maintaining the human touch they are known for.

BFA with the support of MetLife Foundation (note: both are NextBillion partners) and fiscal sponsor Rockefeller Philanthropy Advisors created OPTIX to support financial institutions in building better portfolios of products for their low-income customers. Starting in 2016, OPTIX has partnered with four financial institutions in Mexico, Colombia, Vietnam and Bangladesh to understand and advise on the benefits of cross-sell strategies for the businesses and their clients.

Laura Cojocaru is an associate in the Customer Insights practice area at BFA.

Kelly Nguyen is an associate in Inclusive Fintech at BFA.

Photo of Acreimex partners learning about the FAS App from CEP employees. Courtesy of BFA