Competing with the ‘Bank of Mom’: What makes informal finance so popular – and how can financial services providers respond?

Tracking all the financial activities of 235 lower-income American households for a full year generated a lot of insights for the U.S. Financial Diaries, a research project led by the Financial Access Initiative (FAI) at New York University and the Center for Financial Services Innovation. One of the most surprising: among these households, informal financial mechanisms are enduringly popular – even when people had access to formal alternatives.

What makes informal approaches so appealing – and how can financial services providers respond? Those were some of the topics covered in FAI’s issue brief: An Invisible Finance Sector: How Households Use Financial Tools Of Their Own Making. We discussed these issues with Jonathan Morduch, FAI’s Executive Director and Co-Founder. Part two of our interview is below. You can read part one here.

James Militzer: Can you give me any idea how widespread the use of informal finance is in the general population? Are you able to extrapolate this from the groups you’ve studied?

Jonathan Morduch: I really can’t. It’s a good question. We looked at the Survey of Consumer Finance and other sources to see if we could pull this together. But informal finance tends to get under reported, so other surveys aren’t going to see as much of it. In our sample, we found that informal borrowing is the second biggest borrowing mode of all the ways that people borrow. Credit cards are number one, but very close to that is loans from family and friends. And way behind that are choices that people often think about, like store credit, and payday loans, and pawn loans, and auto title. Part of that is because a chunk of our sample is in New York, where we’ve banned payday loans. But in general, if you take the whole group of alternative loan sources, they’re much smaller than loans from family and friends. About 40 percent across the board are borrowing from family and friends – and the loans aren’t small, it’s not just $10 here and there. About 40 percent are under $100, but about one third are between $100 and $500, and the balance, which is about another quarter, is over $500. And we see informal loans from family and friends going up to $10,000.

JM: Is there anything that has surprised you about your findings on the use of informal products?

JM: Yes, on the savings side. Much of my work has been in international development, in India and Bangladesh. We see lots of informal savings groups there, and it was interesting to see them here too, exclusively in immigrant groups.

It wasn’t surprising that we only see saving groups in immigrant communities. It reflects the experiences people had in their home countries. But it is surprising that these kinds of institutions never took hold as part of the typical America experience. Maybe we were too well-served by formal finance, maybe there were other reasons, but it is surprising that for informal savings, these mechanisms are not being used more broadly. Because households really could use them. Interestingly, there are now some academics and activists who are trying to expand the use of these kinds of saving groups to non-immigrant Americans, to bring the ideas back to the U.S.-born population.

JM: Do people in the study seem to value savings groups more because they give them discipline to save, or because they act as credit, if you’re one of the first people to take your cash payout from the group? 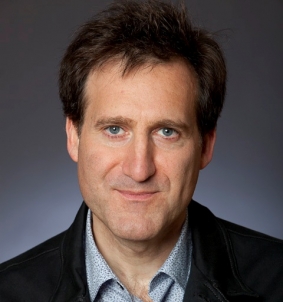 JM: Certainly some people appreciate getting the money early, but most people are in the first camp. They mainly like the discipline, they like the idea that they can take a small, steady input and turn in into something big. And whether they get that big payout in the first week or the last week or somewhere in between matters less.

It is hard to save in a regular way; you have to be very disciplined if you don’t have automated mechanisms like direct deposit. And we see people using these savings groups to put aside $200-300 a week. They keep on track in part because they know that they’re letting down their friends or colleagues if they don’t make their regular payment. They feel like they’ve made this commitment and they need to honor it – even if it means eating less, even if it means taking a short-term loan to make sure they make the installment. It’s a very powerful discipline device.

Beyond psychological self-control issues, there are also issues in dealing with social networks. A problem with saving on your own is that your friends or relatives may come around and ask for help. It’s hard to say no. There’s always a tension between helping others and helping yourself. But when you enter into a savings group, you’re moving the money out of the house into this structure where the money is essentially locked up. And that can be very helpful for some people struggling to find the right balance.

JM: Is there anything that a formal institution can do to emulate that psychological effect with people, or does it only work among friends or otherwise mutually trusting people?

JM: Sure. There’s a traditional kind of savings account called the Christmas Club, that used to be popular with families in the 50s, 60s, and 70s. People would deposit a little bit of money every month, or every week, and then get it back before Christmas in time for shopping. That same idea could be made much more flexible through smartphone apps and other automated mechanisms, which would allow customers to vary terms for different purposes and time frames. Banks certainly can do that sort of thing, and they have a history of doing it. Some people may want more social support than that, but for some people, that simple structure could be enough.

JM: Have banks responded to your findings about these potentially new markets and tactics?

JM: It’s still fairly early. One of our main findings is revealing just how insecure the financial lives of a lot of the households are. Banks have started thinking about whether they have products that can meet the needs of households like these, perhaps through the structured savings products that we were discussing, or short-term emergency loans, or by helping households build up emergency savings bonds. The end is to think more creatively about different kinds of products. The other element which has pushed conversations is the fact that when households are budgeting all the time because of ups and downs, and managing their money to the day, they need greater transparency about exactly how much they have in which account, and when. That kind of fine-grained knowledge can be very powerful. And some of the new apps that banks are releasing are potentially helpful because they have the possibility of providing real-time information conveniently. So that’s another way that technology can change the picture for households, in ways that may be hard to imagine if you don’t have to cope with up and down swings yourself.

JM: Is there anything you’d like to add about your research on informal finance?

JM: A lot of our households are dealing with two contradictory needs. One is the need for structure and discipline, and the savings groups are great for that. The other is the need for flexibility, and we see that with how they’re using informal loans. It’s very hard to have both structure and flexibility in the same product, and in many ways they’re antithetical. So often people will look to a money guard rather than a bank – someone who will hold onto your money for you and not let you spend it. Money guards help provide both structure and flexibility as needed, and you trust them to get the balance right. The bank can’t do that for you.

We met a man in Brooklyn who gave his mother money to hold in her bank account. He had his own account, but preferred to put it in his mother’s account. He knew that his mother wasn’t going to give the money back unless she knew that her son really needed it. He was saving up for a down payment on a new apartment and it was a struggle to save on his own. Most of the time his mother protected his money but she knew when to be flexible. Maybe there’s a programmer in Silicon Valley who can figure out how to simulate a parent’s judgment, but until then, Bank of America can’t compete with the Bank of Mom.

Related Article: A Year in the Life: The U.S. Financial Diaries Project’s groundbreaking exploration of the financial activities of low and moderate-income Americans