While impact investing has become a buzzword in global development in recent years, the concept and practice had been around for decades before the sector even had a name. To take one perhaps under-recognized example, Mennonite Economic Development Associates (MEDA) was launched as an investment club in 1953, when a group of North American Mennonite business people joined together to support the development of businesses in Paraguay, Uruguay and Argentina. These small businesses were operated by European WWII refugees and local indigenous communities who did not have the means to expand or improve their enterprises. Drawing on their extensive business background, the investment club members determined that loans to these types of business owners could catalyze sustainable economic growth. So these early “impact investors” offered loans as high-risk venture capital, mitigating the risks with the provision of business coaching and technical assistance.

Since those early days, MEDA has incorporated investments as a component of development programs and has also made direct investments in companies based in countries ranging from Vietnam to Tajikistan, Sierra Leone and Nicaragua (and many more). MEDA also co-founded two successful investment funds – Microvest and Sarona Asset Management – which continue to make impactful investments and to work toward our common development goal of bringing business solutions to poverty alleviation.

Over the years, MEDA’s work has shifted approaches and incorporated new methods and areas of focus, while also becoming more complex in the adoption and adaptation of the environmental, social and governance (ESG) standard. For instance, we noted that gender equity tended to be pigeon-holed in only the social dimension of ESG – a circumstance that limited the impact of initiatives meant to advance gender. So, in partnership with USAID and Chemonics, we developed and piloted a Gender Equality Mainstreaming (GEM) Framework that aims to apply gender across the ESG standard. The table below illustrates this concept:

The GEM Framework helps small and medium enterprises (SMEs) to improve women’s empowerment within business operations, through a suite of tools to assess their gender equity, develop gender strategies, build capacity to implement initiatives, and measure impact. In 2017, the framework was piloted with seven companies in India and Indonesia from a wide range of sectors. Thanks to a small grant of approximately US $40,000 per company, selected SMEs were eager to implement these gender mainstreaming initiatives. Let’s take a look at how one of these companies approached the process.

Macrosentra, part of Cimory Group, is a family business in Indonesia that distributes over 500 needed consumer goods including dairy, processed meats, eggs and soy products across the archipelago. Founded in 2004, it has 614 employees, but only 174 women staff – so its executive leadership expressed a desire to explore gender mainstreaming initiatives that align with its business strategies. To that end, as part of the pilot, Macrosentra developed an employee diversity performance management system to track sex-disaggregated human resources data, allowing managers to identify gender imbalances within various departments and levels of the company. It established a career development program, including a focused career track to support women to move upward in the organization. It also created and implemented a first-ever training program for staff, ensuring that gender awareness and equality concepts are mainstreamed across training modules as well as taught as a standalone component. 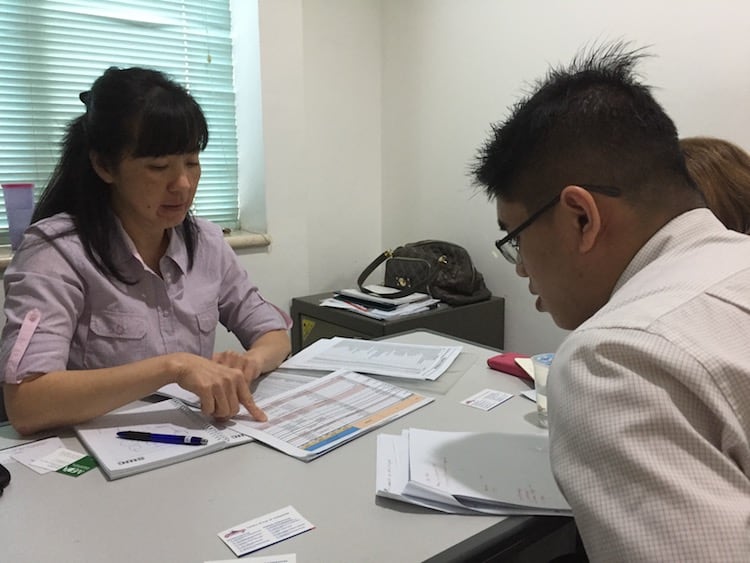 It became clear during the pilot that a combination of management and staff awareness, gendered training materials and clear competencies outlined for all positions will lead to better recruitment, retention, promotion and capacity building approaches, resulting in a greater representation of women throughout the company. For instance, Macrosentra has set targets to increase its total workforce from 22 percent women staff to 35 percent over the next two years. Ultimately, as industry studies show, strengthening its female (and male) workforce should drive financial performance, including sales and profitability.

All the companies involved in the pilot demonstrated similar results for gender mainstreaming, and increased interest and goal-setting on the part of senior management to improve gender outcomes.

With the current growing interest of donors, investors and SMEs, the time is ripe for transformation in global business practices regarding gender equality and women’s empowerment. Tools such as the GEM Framework, which builds on decades of experience in business, can contribute to the facilitation of this paradigm shift. We hope it will inspire other businesses and investors to expand gender considerations beyond their often-narrow confines and apply these goals across the ESG standard. For further information, please contact ljones@meda.org or dkrainer@meda.org or visit our website at http://www.meda.org/gem.

Linda Jones is the senior director of global programs at MEDA, and has also held senior positions at the Aga Khan Foundation in Geneva and the Coady International Institute.