Good show! How an NGO convinced commercial TV to serve the poor

Information is power, but only if people have access to it. In 2006, a Swiss NGO teamed with Indonesian media to bring that power to small businesses.

The program, Cabe Rawit, premiered to commercial success and a great deal of viewer interest. It increased profits for businesses featured on the program by an average of 18 percent, and managed to draw more than half its funding from outside the NGO. Most importantly, Cabe Rawit’s success spawned similar programs, as other stations and advertisers came to view small businesses as a viable and appealing demographic.

The show was created by Swisscontact as a part of their ACCESS project. Launched in Indonesia in 2004, one of the basic principles of ACCESS was to ensure that small and medium-sized businesses had access to information that would keep them up-to-date on practices and strategies to improve their income and increase their productivity. Swisscontact turned to Indonesian media to help get that information out, and decided to create a piece of media itself.

Indonesia’s media industry is quite dynamic, drawing 37 trillion rupiah ($4.1 billion) in advertising in 2007. After a set of media reforms in 2003, Indonesia saw a significant rise in interest in informational programming. Lacking were any programs aimed at small businesses, and Swisscontact saw a need to change that.

A major obstacle in growing small businesses and increasing profits is that many of these businesses in developing countries don’t have access to information related to starting a business. A 2006 Swisscontact survey found that 57 percent of mid- to low-income Jakarta citizens lacked information on how to put together a successful business plan. Many also reported not knowing where to apply for credit, or how technology could help expand their business ventures. In Flores, one of Indonesia’s poorest provinces, vanilla and cashew farmers don’t always know the best kind of fertilizer to use, or how to treat crop diseases. While information is often available, farmers without access lean on traditional methods that are sometimes not as time or cost effective.

Another roadblock for small businesses in developing countries is that many either do not have the required licenses, or have no idea how to obtain one. If they don’t have licenses, they don’t pay taxes, which means they aren’t eligible to apply for loans from commercial banks. If they want a loan, they may have to rely on local money lenders who charge steep interest. Operating removed from formal business systems means many of these small businesses remain oblivious of opportunities that could lead to growth.

Swisscontact decided to try solving all these problems using a common household appliance: the television. 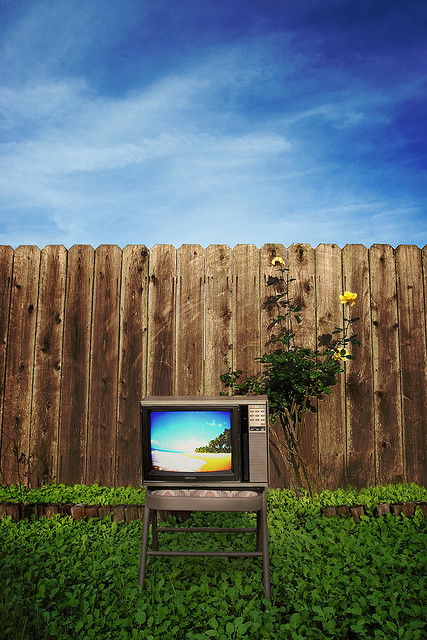 While this research made it clear that small businesses in Indonesia were in dire need of access to information, one of Swisscontact’s biggest challenges in the early stages of the project was to convince key media players that appealing to these businesses was actually a sound investment, as there weren’t any past success stories they could reference. To compound the problem, survey companies felt no need to study small businesses as a potential target group.

Swisscontact started a campaign to put information about small businesses in the hands of various media. They trained journalists at the Jakarta-based newspaper Pos Kota to cover stories that affected small businesses. They worked together with the Alliance of Independent Journalists to highlight media constraints and develop guidelines for reporting on small business issues. Swisscontact then began working with Surya Citra Televisi (SCTV) a leading private station in Indonesia with an estimated 175 million viewers, to develop a show addressing the needs of small business owners.

Yet Swisscontact’s first several attempts to market a small business-focused TV show failed. They were hoping that after seeing a demand for the information, stations would be compelled to produce content aimed at small businesses. However, they were unfamiliar with basic production company practices, like showing up to meetings with a demo already made and sponsors lined up, waiting to invest. Also, just because the concept sounded interesting didn’t mean it was enough to convince stations that the innovation would translate into high ratings. As the development organization of the Swiss private business sector, Swisscontact simply lacked a complete understanding of models and incentives that TV stations respond to, and set out to find new ways to make media connections.

Since 2003, Swisscontact had been a jury member for a small business award function held by Tempo Inti Media. This helped them gain a reputation as an expert on small business matters, and opened the door to significant media contacts. They were able to present their findings on the demand for small business programming to these contacts, and market themselves as savvy business facilitators seeking to engage in public advocacy on the part of small businesses. This gave Swisscontact an “in” with Indonesian media power players, and also gave them the confidence to flaunt their small business expertise when they went back to pitch their show. This time they focused on SCTV’s News division, which was more open to the idea of tapping into small businesses as an underrepresented audience base.

After six months of planning and discussion, Cabe Rawit premiered in February 2007. The show was included every Monday as a segment of popular news program Liputan 6 Pagi. The program featured different small businesses and highlighted their uniqueness and particular struggles, as well as innovative ways to overcome them. Swisscontact used their expertise to select interesting small businesses, and conducted regular program evaluations to gauge the benefits featured small businesses were receiving.

Within the first year, Cabe Rawit had aired 43 episodes and received relative commercial success. Cabe Rawit earned a TV share of 12.6 percent, which is above the mean of 10 percent. Just as important, the audience feedback was very positive. Focus groups labeled the program inspirational, and the station decided to rebroadcast abridged segments on afternoon news bulletins, as well as air on SCTV’s sister network, O Channel, a station that specifically targets mid- to upper-class urban viewers.

Cabe Rawit’s success changed the way other media players viewed small businesses. They now saw them as a group worth marketing to, that could bring in audiences and attract sponsors and advertisers. Other TV stations soon started producing similar programs aimed at small businesses. In total these shows, which came about with no direct involvement from Swisscontact, reached an estimated 4.25 million viewers per week. 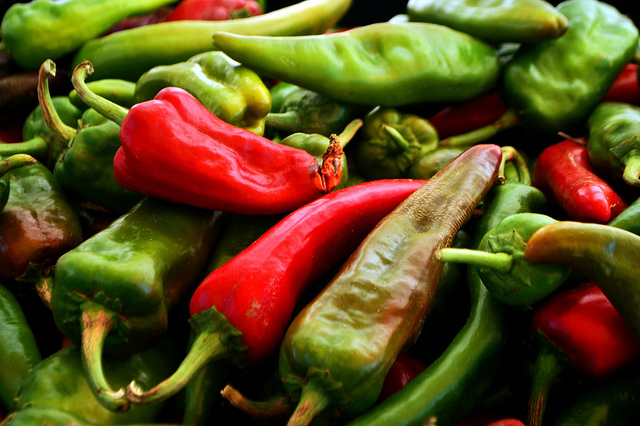 (Cabe Rawit translates to “Chilies” in English. It is an Indonesian pet name for small businesses, which are an essential “ingredient” to their economy.Photo: Lochaven Flickr)

While the project certainly seemed successful as a media venture, Swisscontact was curious to see if the program achieved its main goal of making tangible improvements in the lives of small business owners in the region. Turns out, it did.

Businesses featured on the program received an average of 28 phone calls and 35 text inquiries the day their episode aired, clearly indicating that viewers were interested in the information Cabe Rawit offered. The media attention from the program increased featured small businesses’ confidence, as well as their familiarity with similar businesses, leading to more transactions between them. Featured businesses also reported being contacted by government and promotional agencies with offers of loans, vendors specializing in the latest technology, exhibition agencies, and various training programs, all of which encouraged small business success.

From 2006 to 2008, Swisscontact’s final full year of involvement, the agency spent $23,000 on production, airtime, and purchasing TV survey data. In addition, Swisscontact’s partners contributed $133,000. By 2008, the agency was also dedicating two full-time staff members to the program. By the second quarter of 2008 private businesses started showing a real interest in sponsoring Cabe Rawit. Since they set out (and succeeded) with a mandate to rely heavily on private sector buy-ins, Swisscontact was able to be highly cost effective in creating Cabe Rawit, and their model is a helpful case study to understand before creating similar projects.

Overall, businesses featured on Cabe Rawit were more informed, more connected, and saw an increase in consumer and sponsor interest, as well as an increase in overall profits. Because Swisscontact developed financial support from private sector companies, their own direct costs were significantly reduced. They increased their standing as an expert in small businesses, and cultivated mutually beneficial relationships with the media and investors. Perhaps most importantly, they created an effective business model that others can and did repeat—all with the goal of helping find small businesses more ways to succeed.