So really, the healthcare problem of India as I see it is in its volume. Of course there are hundreds of other problems that are beyond the scope of this blog post, but the sheer volume of patients who require immediate treatment is a critical and daunting challenge. Our hospitals are small and hence the cost of treatment is exorbitant. The government hospitals are either ill-equipped or don’t have enough beds. The burden of quality health care is then passed on over to the private sector.

One such sector that needs immediate attention is heart care. Heart operations by their very nature are one of the most expensive operations in medical care and require incredibly well-trained staff. The private hospitals charge a fortune and work at a slow pace. There is clearly supply demand gap here.

And this also means there is a tremendous opportunity.

This is the challenge world-famous cardiac surgeon, Dr. Devi Shetty (treated Mother Teresa during her final years) of Narayana Hrudayalaya, took a decade ago when he opened his first heart care hospital in Bangalore.

And since then the results have been phenomenal. Narayana currently performs more number of heart surgeries than most hospitals in the world and is the highest in India by a huge margin. The mortality rate here is lower than the best hospitals in New York. Backed by major investors such as JP Morgan and AIG (who own 25 percent of the hospital group), the Narayana hospital in Bangalore and Kolkata are responsible for more than 12 percent of India’s heart surgeries. 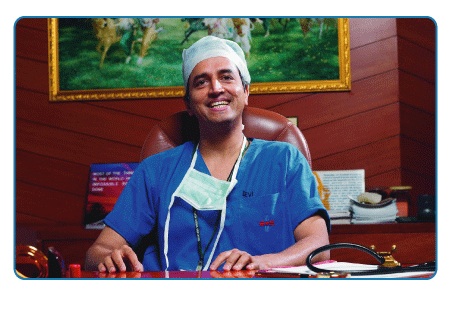 Dr. Shetty has been hailed as the Henry Ford of Heart care primarily due to this factory-style approach to heart care. However, a Toyota analogy would be more apt, since what sets Narayana apart is its leanness.

What that means is a strict emphasis on standardization of processes, relying on core competencies (hence surgeons don’t do any administrative work and concentrate solely on surgeries) using the economies of scale to bring down the costs. This translates into a final cost which is nearly 40 percent of (turn to the appendix of page 20 for the entire tiered costing structure, data is from 2008) other private hospitals.

Narayana has worked hard to drive down its per unit costs. Here’s how it did it:

Instead of paying the doctor per surgery, which tends to be very expensive Dr Shetty pays his doctors competitive fixed salaries (senior doctors receive anywhere between 100,000-250,000 USD) and then urges them to increase the number of surgeries per day. This helps bring down the cost per surgery.

-Extremely high volumes. This is one of the major reasons why they are able to cross subsidize the costs of so many of their patients (about 80 percent -plus receive some form of discount or other). The international cell ensures that there is a huge inflow of international medical tourists for whom the price arbitrage works out well.

-Because of increased number of shifts and higher number of specialized doctors, the operation theater is utilized for longer hours contributing to high volumes.

Devi Shetty boasts about the tight monitoring that takes place, be it to oversee that their cost effective hospital designs are properly constructed (more on this later in the post) or that they procure their supplies at a frugal cost without compromising on quality. NH has very strong purchasing power for medical supplies due to its massive patient volumes. Innovations here include abolishing long-term contracts in favor of negotiating contracts on a weekly basis, and taking expensive medical equipment on lease rather than purchasing it.

The hospital has major partnerships with the private and public sector organizations. Biocon Foundation set up a generic drug shop where it sells drugs 20 to 30 percent cheaper to its members. Lots of microinsurance schemes with the Government of Karnataka (Yeshasvini) and Tamil Nadu etc., which work on flexible payments, have helped thousands coming from low-income groups to procure NH’s services. Apart from this, the hospital thrives on innovation-based partnerships, such as the one with Texas Instruments. NH and Texas Instruments tied up to drive down the cost of equipments such as X-Ray plates (the cost was brought down from 82000 USD to 300 USD).

Senior management at NH explained to me that ultimately Narayana Hrudayalaya’s aim is to penetrate fully into the growing tier 2 cities (for example Jaipur) and beyond. Getting doctors to operate here will be mainly through goodwill on their part, creating clusters of hospitals where patients from one can be referred to another.

What are the challenges?

I figured with such an elaborate and aggressive plan on setting up more and more hospitals, NH would in the future face heavy shortage in human resources. During a chat with one of the VPs of the institute, he agreed that was a major concern but the recent move by the health ministry to establish new medical colleges (a 300 Million USD project) is one major reason why he’s keeping his hopes high. He also disclosed that managing the nursing talent is a bigger issue since their attrition rates tend to be higher.

Marketing is another vertical they plan to ramp up. So far most of marketing has been via community events, word of mouth and the officials agree that with expansion plans in place, the marketing of NH’s services has to sync up.

Another key challenge for NH is the standardization of their process given that in the next few years there are going to be thousands of Narayana Clinics and Hospitals. For an organization such as Narayana Hrudayalaya, it’s all about the processes.

Clearly bringing down the costs is always the first agenda. Dr. Shetty is investing a lot in innovative practices that always thrive to bring down the cost of surgeries. He is advising other countries to adopt his model.

While it started as a heart facility, Narayana Hrudayalaya is now expanding into various other medical branches. They have big plans ahead to tackle cancer. In 2009 they opened a 1,400 bed cancer facility in Bangalore thanks to a generous grant of around 9 million USD by Biocon head Kiran Mazumdar Shaw). They also have plans on having 500 new kidney care clinics. These kidney care clinics through donors and innovations in healthcare will bring down the price of dialysis to Rs 400 (under 10 USD).

Narayana Hrudayalaya and Dr. Shetty believe that in a nation such as India where everything is larger than life, he believes that every initiative of his needs to be massive and affordable. This is what drives their innovation and what helps them bring down the costs.