New Evidence on How Poverty Affects Decision Making: And what the business, development community can learn from it

Many previous studies of poor populations show a relationship between poverty and counterproductive behavior.

The poor use less preventive health care, fail to adhere to drug regimens, are tardier and less likely to keep appointments, are less productive workers, less attentive parents, and worse managers of their finances. Various explanations for this correlation focus on environmental factors, lower margins for error, or individual characteristics like lower education. Similarly, factors such as lack of calories, physical exhaustion, and certain forms of stress can affect decision making and could also explain the correlation to the extent that being poor exacerbates these problems.

But a new piece of research by Sendhil Mullainathan, Eldar Shafir, and co-authors in the August issue of Science magazine presents some very important evidence on how poverty affects decision making through a different channel. The authors have evidence, from two different studies, that poverty itself affects decision making, even controlling for diet, stress, and physical exertion. They believe the effects come from the larger cognitive burden associated with keeping track of all the details and lose ends as well as from constant exertion of the will power necessary to survive on low levels of income. As the authors put it: “Because the poor must overcome more urges and make difficult decisions more often than others, they are more likely to overeat, overspend, and enact other problematic behaviors.” The studies illustrate a new mechanism whereby poverty itself can beget more poverty by making it harder for people to “think their way out” of whatever problems they face.

The authors discuss two previous studies, both of which support this claim. 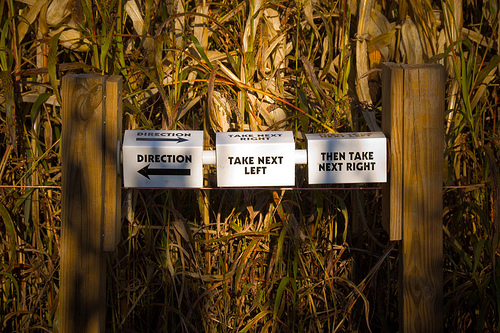 In the first study, based in the US, they experimentally introduced thoughts about a challenging financial situation and found that this reduces cognitive performance among poor, but not in well-off participants. They believe this is because the situations are not as difficult to solve for people with greater financial resources and thus were less taxing on their cognitive resources.

Second, they examined the cognitive function of Indian farmers over the planting cycle. They find that the same farmer shows diminished cognitive performance before harvest, when poor, as compared with after harvest, when rich. This cannot be explained by differences in time available, nutrition, or work effort. Nor can it be explained with stress: Although farmers do show more stress before harvest, that does not account for diminished cognitive performance. Instead, it appears that poverty itself reduces cognitive capacity.

How much larger were these effects? For comparison, the differences were similar to losing a full night of sleep, being an alcoholic, aging 20 years, or losing 13 IQ points – i.e. significant cognitive impairment.

The researchers’ perspective on poverty resonates with the strategy at the Gates Foundation’s Financial Services for the Poor. Our team focuses on reducing risk in poor people’s lives and on making formal financial services cheap, accessible, and convenient – thus reducing the complexity and hassle associated with traditional informal methods and freeing people to devote their cognitive resources elsewhere.

Jake Kendall is a program officer in the Financial Services for the Poor initiative at the Bill & Melinda Gates Foundation.