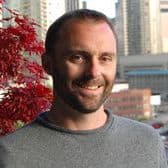 Jake Kendall is the director of the Digital Financial Services Lab (DFS Lab). He was formerly the deputy director of research and emerging technologies within the Financial Services for the Poor Team at the Gates Foundation, where his team helped create the global data architecture for tracking financial inclusion and create the new technologies to power new financial inclusion models. Prior to joining the foundation, he spent time as an economist with the Consultative Group to Assist the Poor at the World Bank and in two startups in the field of cryptography. He’s a published researcher and author and earned a doctorate in economics from UC Santa Cruz and a bachelor’s degree in physics from MIT.