(Pictured left: The 2009 collapse of an unoccupied apartment building in Shanghai highlighted flaws in China’s construction practices. The country ranks almost last in the world for ease of construction permitting.)

What does it take to run a successful business?

Brains, luck, hard work…the best entrepreneurs invariably possess the combination. So why do equally talented businesspeople in the developing world face more challenges than those in industrialized countries?

The answer-for better or worse-often lies with a country’s government. Factors such as access to credit, reliable electricity, reasonable tax codes and many others can be influenced by government legislation and intervention, and are critical to a business’s long-term success.

The World Bank recognizes this with an annual survey assessing business regulations in 183 countries, ranking economies by how they score on 10 indicators affecting enterprise (including the three factors mentioned above).

The Doing Business (DB) 2012 report, released last month, found that Singapore was number one for overall ease of doing business, followed by Hong Kong, New Zealand, the United States and Denmark. Among the countries with the most improved business environments this year were Morocco, Latvia, Sierra Leone, Burundi, South Korea, Armenia and Colombia.

But this year’s DB survey also provided intriguing insights for entrepreneurs in the developing world. Here’s a quick “traveler’s guide” to the highlights:

The Hottest Place to Get Credit: Sub-Saharan Africa

Launching or expanding a business depends on obtaining credit-often a challenge in developing countries, where many entrepreneurs lack fixed assets that can be used as collateral. Enter regulations that bolster protections for creditors (and borrowers alike), and loans tend to flow more freely.

Sub-Saharan Africa has taken this to heart this past year, enacting more reforms protecting borrower and lender rights than any other region of the world. Moreover, four SSA countries (South Africa, Rwanda, Zambia and Kenya) are among the 10 best worldwide in the overall “Getting Credit” rankings-South Africa ties just two other countries for first place.

And the trajectory is only going up: SSA claimed seven of the 10 countries that jumped the most places in the “Getting Credit” rankings this year.

This tiny country ranks eighth in the entire world both for ease of starting a business and ease of gaining credit. It also claims one of the friendliest business environment in sub-Saharan Africa, second only to South Africa (ranking 45th in the world for overall ease of doing business). After the economy took a beating in the 1990s-bottoming out in 1994, the year of the genocide-Rwanda’s government took deliberate steps to build up its private sector and attract foreign investment. In the last year alone, it enacted three reforms to improve the business environment.

The Popular Favorite: Starting A Business

Of all the business-friendly reforms made worldwide the past year, the greatest number (53) eased the process of starting a new business. In the last six years, every region of the world has made significant improvement in the time, cost, and number of procedures required for launching an enterprise (see figure 1). 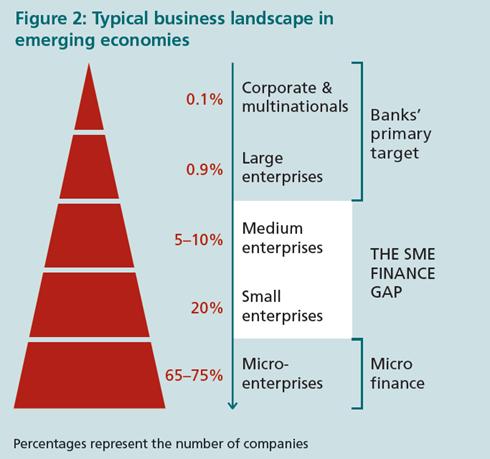 The Eastern Europe/Central Asia region in particular has made consistent strides in this area, tallying 72 total reforms since the 2005 DB survey, an average of three per country. And it’s starting to show in the rankings; this year, six countries in this region hit the top 20 worldwide for ease of starting a business.

Unfortunately, two of the countries with the fastest-growing populations and economies in the world are among the worst at managing the construction supporting both trends. In the “Dealing with Construction Permits” indicator, India ranks 181st out of 183 countries, with China lurking at 179.

Why does this matter? When faced with such a burdensome process, many businesses circumvent steps altogether-and in fact, 60-80 percent of building projects in developing countries may lack the proper approvals. In China’s devastating 2008 Sichuan Province earthquake, roughly 10,000 of the casualties were schoolchildren caught in the collapse of 7,000 school buildings and dormitories built under inferior construction standards. In India in 2010, 66 people were killed in the collapse of a building in New Delhi where the landlord was illegally constructing additional stories.

Such incidents are not uncommon in these countries, and yet the total number of construction permitting reforms passed in India and China in the last year of the DB surveys was exactly zero.

Of all regions in the world, businesses in MENA countries pay the lowest tax rates (as a percentage of profit), make the fewest annual payments, and spend the least amount of time filing taxes.

But this ostensibly positive trend may in fact prove a double-edged sword.

After all, who needs taxes when billions of dollars are pouring into government coffers from oil and gas revenue? However, without the overt need for taxes to fund its activities, governments feel less accountable to their citizens, and citizens feel less invested in governments’ actions. And if popular dissent ever does arise, cash-flush autocracies can shower their citizens with perquisites or jobs to calm complaints.

So while the MENA region’s tax policies may be helpful to businesses, in the long run they may also hurt any democratic aspirations of its people.