The Hidden Agenda at Rio+20

I’ve just returned after a full week at the Rio+20 UN Conference on Sustainable Development.

As everyone knows by now, the “main event” – the official negotiations among government leaders – was a disappointment. The general consensus among participants was that the official agreement, spelled out in agonizing detail in a document entitled “The Future We Want,” would not produce the future we want. It is, at best, an exercise in rearranging the deck chairs on the Titanic.

As the week wore on, it became clear to me that the so-called “side events” (organized by companies, NGOs, and consortia) had really become the main event. At the Rio + 20 Corporate Sustainability Forum, organized by the Global Compact, for example, there was an air of excitement, commitment, and resolve among the business leaders present. Statoil, the Norwegian oil giant, advocated the elimination of fossil fuel subsidies (totaling in excess of $600 billion each year), and setting a price on carbon. Bank of America made a $50 billion commitment over the next decade to renewable energy and a low carbon future. Siemens announced a corporate goal of $40 billion in sustainable technology by 2014 and stated emphatically that it’s a race to save the planet – and their own future.

At the Business Action for Sustainable Development (BASD) “Business Day” organized by the World Business Council for Sustainable Development, session after session focused on the importance of leap-frogging to clean technology solutions and accelerating private sector initiatives aimed at eradicating poverty. Indeed, the theme for the meeting was “Scale Up.” Paul Polman, the CEO of Unilever, delivered an impassioned keynote address stating that “never before in history have we been so forewarned, and forearmed at the same time.”

In short, the contrast between the upbeat, well-organized side events, and the resigned, chaotic nature of the official negotiations could not have been more stark. 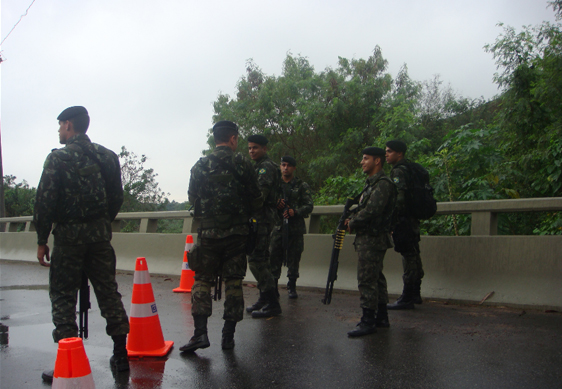 One day, while trapped in a 2-hour-long traffic jam amid heavily armed but confused legions of Brazilian soldiers, it hit me: the official negotiations have really become little more than symbolic cover for the side events, where the real commitments are being negotiated.

Without the burden of “main event” status, the side events were able to focus on getting things done. No protesters, traffic snarls, media circuses, or distractions. While thousands gathered in Flamengo Park to raise their voices for the legitimate concerns of the 99 pcercent, the side events proceeded at hotels in Barra without interruption – and focused on how to address the root cause of their concerns. And while hundreds of women protesters would not allow Iranian President Mahmoud Ahmadinejad to leave his hotel in downtown Rio, side event organizers were busily making things happen and getting things done.

On the way back, I noticed Richard Branson was on the same plane as me. I left Rio feeling hopeful – that I had participated in something important; that there is a growing recognition that incremental greening will not deliver global sustainability; and that the leverage point for achieving this transformational change is the enterprise sector.

At Rio+20: Will the Realities and the Possibilities for BoP Housing Truly Be Addressed?

NexThought Monday: On the Eve of Rio+20, Creating a Lasting Cookstove Market