Weekly Roundup: This BoP Exit Brought to You, Courtesy of the Cloud

Experience tells us that a “mainstream exit” – a traditional merger or acquisition – is hard to come by for a social venture, and even more so, for a BoP social venture. It’s exponentially harder to get a model to scale in these, the most difficult of markets, with disaggregated producers and consumers, with poor infrastructure and spotty last mile reach. Assuming you overcome these barriers and you are making your model work, then there’s that pesky little issue of how to value a venture when few comparables exist, when adding impact to the equation adds more nuance but not clarity to the valuation process, and valuation based on cash flows alone seems inadequate. All these factors contribute to the elephant in the room: the unspoken understanding that conventional exits are hard to come by for the BoP-focused company.

The Elusive Mainstream Exit, Not So Elusive

This week atyati technologies, a leading technology platform provider for the rural banking sector in India, with 2.5 million end users, is challenging this conventional wisdom in a big way. On May 14, Genpact, a $1.9 billion global leader in business process and technology management, announced its acquisition of atyati. The acquisition provides Genpact with a leading technology platform in the rural banking space with last mile functionality, allowing Indian banks to serve millions of unbanked in rural India. India’s unbanked population is still a staggering 61 percent in rural areas, according to the Reserve Bank of India.

The acquisition marks one of a handful of instances where a BoP-focused private initiative has been acquired in a mainstream transaction. As is the case with most private acquisitions, the details of the deal are not disclosed. What is clear is that this is an operational and strategic move for both parties.

“First, it adds a platform-based solution in a highly underpenetrated and large market, with significant potential to drive non-linear growth by increasing the coverage and adding multiple financial products for both rural and semi-urban markets on the platform,” said Tiger Tyagarajan, president and CEO, Genpact. “Second, we also add several marquee Indian banks and clients to our portfolio with the ability to cross sell multiple Genpact products and services. Third, it leverages all of the latest cutting-edge technology around mobility and biometrics that makes it highly scalable and able to be taken to the global markets, including to the micro-finance institutions (MFIs).”

Financial inclusion can be likened to a rural supply chain of banking and financial services products and would be of interest to other verticals like retail (FMCG distribution), and agricultural products (fertilizers and dairy). So, Genpact sees a huge potential to expand the use of this platform and further reach the rural poor in India.”

Is the BoP’s Future In the Cloud?

What sets apart atyati from the countless other mobile, rural, biometrics-enhanced banking solutions for the poor? It’s all in the cloud. Atyati hosts the solution on a private cloud so that banks reap the benefits of a completely outsourced service that is charged on a pay-per-transaction or pay-per-village model. The parallels to be drawn to an earlier telecom platform based revolution are unmistakable.

In markets where margins are thin and volumes are hard to come by, success requires that you have a little something extra. Historically, when that something extra is a platform, on which to innovate, build economies of scale and add value, BoP models thrive. Think of the BoP innovation that happened on the coat-tails of the telecom revolution, when a platform of cell towers and fiber optic connections made mobile banking, telemedicine, and mobile heath interventions possible and profitable. 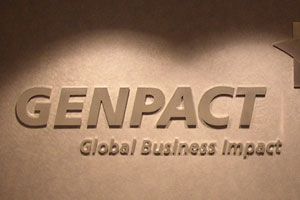 “Because this platform is hosted on the cloud, it offers significant flexibility, scalability, and cost-effectiveness which is well-matched for this market,” said Harpreet Duggal, senior vice president, Genpact. “With only 5-10 percent of rural Indian villages currently being served by banks, the market remains significantly underpenetrated, so Genpact’s operational excellence, process expertise, scale and delivery footprint will help accelerate the deployment of this platform.”

It will be interesting to watch where cloud computing carries the BoP movement. Is the Genpact acquisition of atyati’s cloud based competencies a one-off, or a sign of things to come? Is cloud computing THE new platform, capable of adding value to strong BoP initiatives in ways that are so radical that BoP companies begin to benefit from mainstream funding and exit strategies? Let us know what you think.

NexThought Monday: Putting M-PESA’s Success into Perspective, Why B2B Will be Slower than P2P By Ignacio Mas

Help Wanted: Have a Job to Fill? Introducing Featured Jobs on NextBillion By Scott Anderson — WDI

The NextBillion Case Writing Competition Returns for 2012-13: How You Can Contribute to Thought Leadership for Good By Scott Anderson — WDI

Guest Post: Silicon Valley Without Stanford? The Role of Philanthropy in Impact Investing By Ben Powell