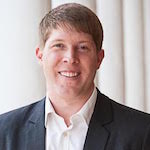 Ross developed the Village Capital concept in 2009, and has led the development of programs worldwide.  Before launching Village Capital, he worked with First Light Ventures, a seed fund focused on impact investments.  Prior to First Light, Ross worked on the development of four education-related start-up ventures: the Indian School Finance Company in Hyderabad, India; the National College Advising Corps in Chapel Hill, North Carolina, and two ventures using technology to promote civic participation. He has a MPhil from the University of Oxford, where he was a Marshall Scholar, and a BA from the University of Virginia, where he was a Truman Scholar and a Jefferson Scholar. He Tweets from @villagecapital