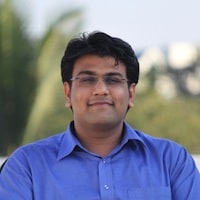 Sriram is the Director of Business Development at Upaya Social Ventures, an organisation that develops sustainable employment opportunities and other commercially viable interventions to serve the poorest of the poor. Earlier, Sriram managed the Ul­tra Poor Initiative (UPI) at Unitus Labs. While managing the UPI, Sriram worked with diverse segments including urban slumdwellers, tribal communities, and people living on the sidewalks.

Sriram was previously working with MXV Consulting, a boutique strategy and op­erations consulting firm, based out of Bangalore. Prior to MXV, Sriram co-founded a company called Mobile Medics Healthcare, a social venture aimed at creating a sustainable business that provided private sector, high quality, and affordable medi­cal care in rural India. Sriram received his Masters in Manage­ment Studies from BITS, Pilani.