Nigeria, From Pure Growth to Harnessed Opportunity: A new report on the 3D role of business in the unfolding transformation

When Nigeria recalculated its gross domestic product this April, it confirmed what many investors already suspected: West Africa’s giant had overtaken South Africa to become the continent’s largest economy. As is too often the case in Nigeria, the bad news quickly overtook the good. Since then, the headlines have been dominated by tragedy (especially the recent mass kidnapping of girls by militants).

It is easy to pretend that there are two separate Nigerias; one a thrusting consumer powerhouse, and one socially divided and pocked by violence and poverty. For business, which relies on the success of the former, acknowledging the latter can be difficult, but they are two sides of the same coin.

The root of Nigeria’s insecurity is in its inequality – not just in absolute wealth, but in opportunity. The structure of Nigeria’s growth, which has been rapid and sustained, has meant that wealth has been generated in the most part within a narrow band of society. That, in turn, has widened the real and perceived divisions between individuals, communities and regions.

This week we are in Abuja to launch a new report by Business Action for Africa and the Initiative for Global Development: “The New Africa – Nigeria: From Growth to Opportunity”.

The Initiative for Global Development has been convening its tenth Frontier 100Forum, bringing together CEOs and senior executives from sector-leading corporations around the world. The Forum’s theme, Nigeria: Navigating for Success in a Dynamic Market, highlights the importance of Nigeria as an investment destination, and the economic potential of the country. Also this week, the 24th World Economic Forum on Africa will take place under the theme, Forging Inclusive Growth, Creating Jobs, and will bring together over 1,000 leaders from across politics, business and civil society.

Business will have a central role in breaking the cycle of inequality in Nigeria. And the current government has shown that it is committed to leveraging the private sector to achieve its development goals.

The privatisation of the power sector has the potential to finally offer ordinary Nigerians access to electricity, meaning that this generation could be the last to rely on the chugging diesel generators that are a feature of Nigeria’s cities. The government is now selling off a second round of generation and distribution companies, bringing in billions of dollars in investment and promising tens of thousands of megawatts of capacity. With as much as 40 percent of the cost of business in Nigeria related to power supply, this could, in turn, unleash the latent potential in start-ups and small businesses. 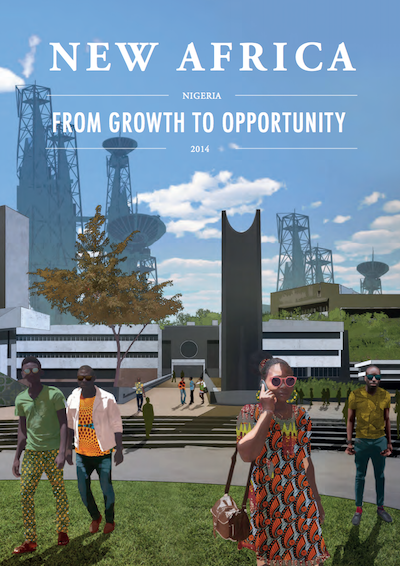 In the agriculture sector, privatising the distribution of seed ended 20 years of corruption and theft of subsidies, giving Nigerian farmers access to the materials they need to participate in the country’s green revolution. Seed companies are scrambling to compete in an industry that was for so long moribund and inefficient; billions of dollars have been shaved off Nigeria’s import bill, reducing the country’s vulnerability to external shocks and building the foundations for a sustainable domestic food market.

These are powerful examples of how the government, international development financiers, local entrepreneurs and global businesses working in concord can solve persistent social problems and have a catalytic impact.

Businesses have recognised that they have a social obligation and a commercial imperative to think about their impact on their host communities, leveraging their supply chains to ensure that they buy locally, sharing the benefits of their investment across a wider web of stakeholders. Brewers, banks and oil companies alike have seen the importance of making long-term investments in Nigeria’s human capital.

International, Nigerian and African businesses are opening up opportunities for local entrepreneurs to be the agents of transformation in their own economy. In doing so, they are taking the country’s growth beyond the headline numbers and creating meaningful change for both Nigerias.

Helen Mant is vice president of the Initiative for Global Development, which aims to drive significant poverty reduction by catalyzing business growth and investment in the developing world.