I’d like to formally welcome two new writers to the NextBillion community. I use the term formally only because Andrew Eder and Logan Yonavjak have already contributed several in-depth posts to the site on subjects ranging from promoting agricultural business innovation in Zimbabwe to the urgency of environmentally sustainable investing. 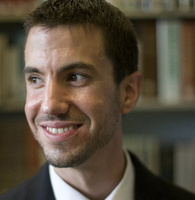 Andrew is the marketing and communications manager at TechnoServe. He helps tell the stories of TechnoServe’s work to empower people in the developing world to build businesses that break the cycle of poverty. As you’ll see from his posts on NB, he’s an excellent storyteller and a member of the TechnoServe team that creates print and online communications for the nonprofit, which has more than four decades of experience in international development. (TechnoServe also is a NextBillion content partner).

Before joining TechnoServe, Andrew worked as a business reporter for daily newspapers in Wilmington, Del., and Knoxville, Tenn. He covered a variety of industries, including energy, technology, telecommunications, pharmaceuticals, chemicals, biotechnology, manufacturing and agriculture. He followed issues such as the effects of the recession, the impact of climate change on businesses and the controversy surrounding genetically modified crops. Andrew helped launch business blogs at both newspapers. He also served as Washington correspondent for The (Spokane) Spokesman-Review.

He’s traveled to Africa and Latin America to support TechnoServe’s communication efforts. And, being from Michigan, Andrew “roots for some of the best sports teams around!” 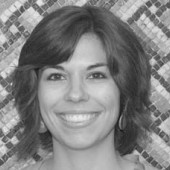 Logan is the business development officer for New Ventures at the World Resources Institute in the Markets and Enterprise Program. New Ventures is WRI’s center for environmental entrepreneurship, helping environmentally-focused small and medium enterprises in six key emerging markets compete in a global economy. WRI is a NextBillion managing partner).

As you’ll quickly discern from her posts, Logan has experience communicating with multiple audiences on a wide range of market-based topics. She has authored eight WRI reports on economic incentives for private landowners to conserve and sustainably manage their forest land. These briefs are part of the Southern Forests for the Future initiative at WRI. Information about this project, which aims to help private landowners in the southern United States conserve and sustainably manage their forests, has appeared in several major media outlets, including the Washington Post, Forbes, and National Public Radio. It was also selected as a current project in the Clinton Global Initiative.

Logan has also authored or co-authored over a dozen articles on forest conservation and environmental markets on wri.org and has delivered presentations on these topics to a wide range of audiences. In 2010, Logan also helped plan the 3rd annual National Ecosystem Markets Conference in Raleigh, North Carolina, which is the largest professional conference of its kind in the United States.

Logan is passionate about private sector solutions to conservation and development and she has travelled extensively through Latin America. In 2009, Logan spent two weeks in Costa Rica collaborating with a dozen Yale graduate students on a pioneering report analyzing the feasibility of Costa Rica achieving its presidential mandate of carbon neutrality by 2021. This analysis was presented to presidential candidates and other government officials.

Logan said she looks forward to diving into the NextBillion space, learning more about enterprise through development in emerging economies, and contributing to the conversation from the perspective of New Ventures.

Please welcome these two writers on NextBillion, not only by reading their posts, but also by leaving comment, a question, or a respectful dissension if you differ with their conclusions.

NextThought Monday: Wisdom From on High By Cheryl Heller

Markets of the Poor: Limits and Opportunities By Aneel Karnani

Seven Billion: The Real Population Scare Is Not What You Think By Manish Bapna

Housing Series: From the Field, Reflections From Two Dow Corning Leaders on

Building a BoP Market By Ronda Grosse and Frank DeLano

Unpacking, Processing, and Applying Revelations from PopTech 2011 By Kevin Martin

From Occupy Wall St. to Impact Investing, 2 Visions of Markets at Net Impact 2011 By Rose Reis

Housing Series: Shelter After Disaster – Temporary Aid Or Pathway to a Better Future? By Mario Flores