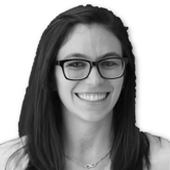 Prior to CrossBoundary, Ms. Lovin worked at the Gates Foundation, assisting the Nutrition team in redefining its strategy to achieve the greatest impact worldwide. Since starting her career as a consultant in Accenture’s management consulting division, she has also gained experience in impact investing and on-the-ground operations addressing poverty alleviation.

Erika holds an MBA from the Wharton School and an MPA from the Harvard Kennedy School. She completed her undergraduate degree in applied mathematics at Harvard College.