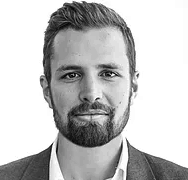 Gabriel Davies is Head of Energy Access at CrossBoundary and based in the company’s Nairobi office. Prior to CrossBoundary, Mr. Davies worked as an Associate at Augusta & Co, a London-based investment firm focused on renewable energy, where he worked in the investment banking team. At Augusta & Co, Mr. Davies advised developers, utilities, and institutional investors on placing capital into over 2GW of renewable energy projects and businesses across Europe, and also originating and structuring corporate PPAs. Previously, he worked for the UK’s Department of Energy and Climate Change, advising the Government on energy policy. Mr. Davies has also worked for BP’s Alternative Energy division in London and Brazil. He has written about the off-grid sector in Africa for the Financial Times’ ‘This is Africa’, the Brookings Institution and Greentech Media.

He holds an MA in physics and philosophy from the University of Oxford.